I've stayed in a room with 2 other roommates! So happy that my Japanese roommates and I became really tight! 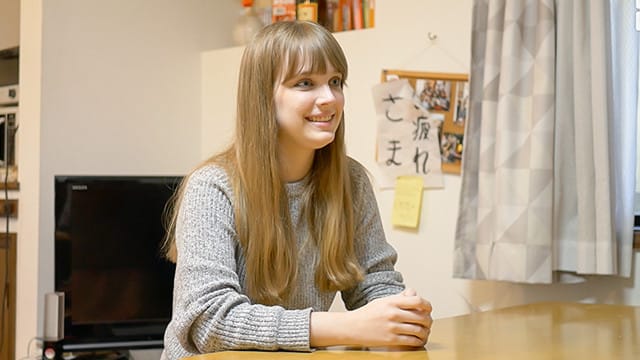 First of all, please introduce yourself.

My name is Abigail, I came from Argentina. It has been almost one and half year since I lived in Harajuku-kitasando house. I’m a student at Japanese Language School. As I came to Japan for sight seeing three years ago too, it is second time to stay in Japan this time.

I felt that staffs were really willing to help me. 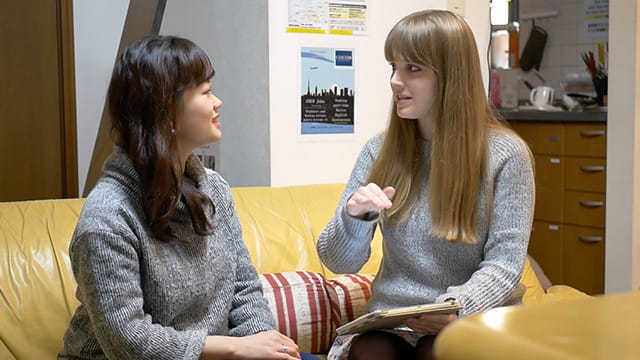 Why did you decide to live in a share house? Also, why did you choose Borderless House?

I thought it would be nice to live with other students, so I chose a share house. Since I came all the way from Argentina, I didn’t know what kind of country Japan is, and what kind of place share house is. Then, while I had been contacting with some share house companies, Borderless House was the best because the staffs gave most fast and kind response, which made me feel that they were really willing to help me.

Going to the firework festival, having Christmas parties, and enjoying Karaoke together! 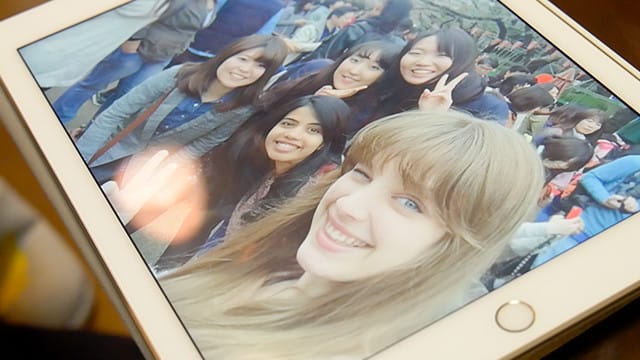 Let me ask you about the life in Borderless House. First, what are the best enjoyable things during your stay?

The best one is that we went to the Sumidagawa firework festival with housemates. We went to buy Yukata together first, saw fireworks wearing Yukata, and then, went on a picnic in the park after that. Since we don’t have culture to go to see fireworks together in Argentina, it was so fun.
The second is that we had Christmas Parties! For these two years, I have prepared it by myself, and everyone ate what I cooked happily. Also, we held “Secret Santa”. Since it is hard to give presents to each one of housemates, we chose the person who won prize by lot. So, we didn’t know who would get presents, that’s why it was interesting! I got a Disney’s hoodie and a lip balm!
Third one is that we went to Karaoke many times! We don’t have Karaoke in Argentina, so it was first time for me to go to Karaoke. Since most of housemates like Karaoke, we often went there. Besides, I participated in voice training lessons in past and learned Japanese by singing J-POP, and also, I like Disney and sing Disney songs often. So, if you hear someone’s singing “Little Mermaid” in the bathroom, it’s me! lol

There are people from many countries, so it's important to talk each other if there is something. 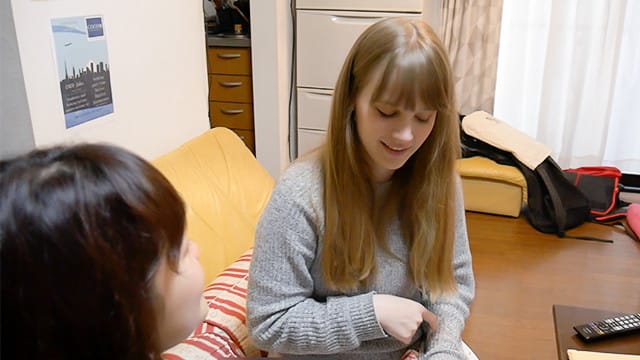 On the other hand, did you have any unpleasant experiences in Borderless House?

It was annoying when one of housemate held parties late at night in weekdays. However, since the person is housemate, I asked that person directly to stop it and discussed. Another thing is cleaning. We had a rule that we take turns to clean the part of the house every week, and sometimes I got angry about the fact that some other parts were not cleaned though I already did it. I also experienced Deep House Cleaning for the first time in Japan, and it was really hard. I thought how long we should continue this. As there are people from different cultures, and they have different sense for cleanness, it is important to cooperate with each other to use common spaces cleanly as much as possible.

It is because I live in Borderless House that I can talk Japanese even if I can hardly read Kanji. 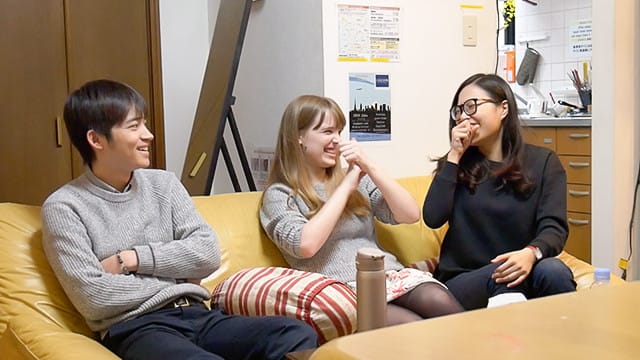 I usually wake up at 8am, and have classes from 9:30am to 1pm. When I have a part-time job, I will work after classes until 10pm, and come back home around 11pm. Most of housemates are at the living room around that time. After going to language school, I realized that it is because I live in Borderless House that I can talk Japanese even if I can hardly read Kanji. There are many things I want to express and tell to housemates, that’s why I have been working hard to lean Japanese. Once I learn new Japanese words, it was good to try using those words to communicate with Japanese friends who I made here, though I mix English with Japanese at first. Sometime, I even speak Hiroshima dialects! I was surprised to know that there are such a lot of Japanese words.

I feel relieved to talk in English about things I cannot express in Japanese. 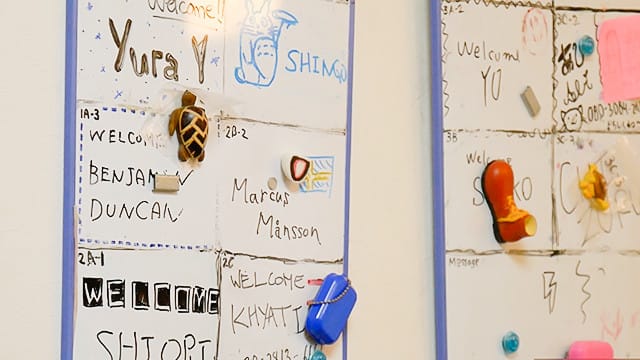 It is the very thing you can enjoy because you live with Japanese. On the other hand, half of tenants are from other countries. How was it to live with them?

I don’t have families or friends from Argentina, so I didn’t have any opportunities to speak my mother tong in Japan. When I experience culture shocks or anxieties, if I talk with other foreign tenants in English, I feel relieved. We help each other. Especially when Spanish speaker came, I felt happy!

I'm happy that I can actually express 95% of what I want to say. 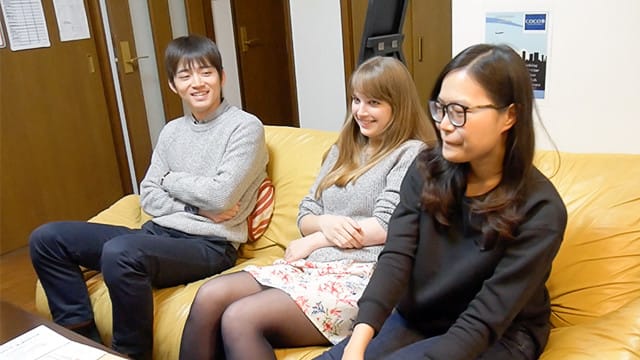 How much your Japanese skill improved? What is your favorite Japanese?

It has improved a lot. Now, I think I can actually express 95% of what I want to say. I felt frustrated before, because I couldn’t understand what my friends said at all. I wanted to get closer to them and to tell what I feel more. I feel happy now that I can understand and express it!
As for my favorite Japanese, it is not about the particular word, but it is interesting for me that there are some different levels of politeness in Japanese. We don’t have such things in Spanish. Especially when I work, I use humble language and respectful language, and use “desu/masu” to older co-workers, but not to younger co-workers. I wondered why it is like that at first, but I find it interesting now.

I thought I will be alright. I'm glad that I could have close relationships with roommates. 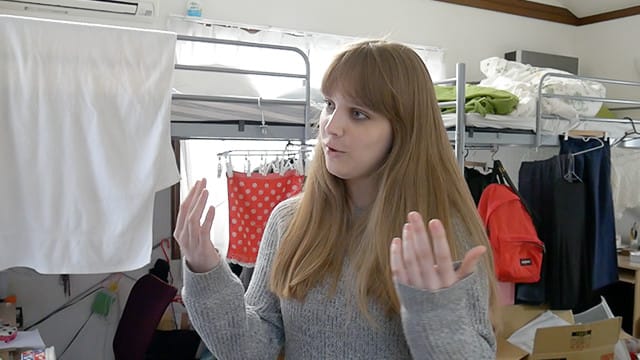 Since I don’t have any siblings and had been living in my own room until 9 years old, my parents had been worried like “Are you really alright? You are selfish”. But, I thought it would be alright. I’m glad I could make close relationships with roommates in a share room. My current roommates are older than me, and they are considerate to me. We are careful not to make large noises. So, I didn’t have any problem. 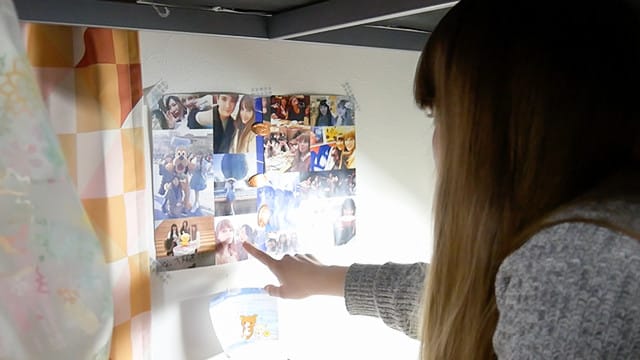 What kind of place is Borderless House for you?

It is one community for me. It is not just sharing accommodation. I hanged out together with them and was helped by other housemates when I didn’t understand how to separate garbage at all. So, it is a community. We help each other like a family.

I was helped a lot by living in Borderless House. 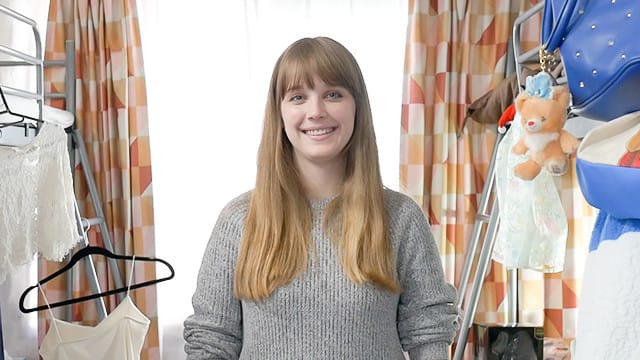 Could you give any advice for those who are looking for an accommodation from overseas?

I think you have lot of worries, as I did before. However, I was helped a lot by living in Borderless House. I can say with confidence, that you will not regret anything if you live here. Give it a try!

My wishes ”I want to learn English and make friends with people all over the world” come true here!

I've stayed in a room with 2 other roommates! So happy that my Japanese roommates and I became really tight!

Although I couldn't speak English, I was able to expand my worldview and perspectives...thanks to my housemates with various backgrounds!

If I didn’t live in Borderless House, I wouldn’t make Japanese friends in Japan